Because of our planet’s finite resources, tapping into outer space’s reserves is key to building a sustainable future. That’s why space exploration missions are skyrocketing. While this has stellar benefits, it comes with a major drawback: Space debris. Before diving into our sustainable solutions to reduce space debris, let’s cast some light on this galactic problem.

What is space debris?

Space debris, a.k.a. space junk, is pretty much what it sounds like.

Based on where this cosmic garbage orbits about, you can have two different types of space debris. Natural meteoroids, which orbit around the Sun, and artificial space debris hurtling around the Earth.

The human-made space junk is also called orbital debris. Some examples of these may be derelict spacecraft or other fragments created by collisions of debris with active objects like satellites.

So, how much space debris is there in outer space?

While falling space debris rarely causes any danger to us, the trash wandering around the low Earth orbit (LEO) is much more dangerous. Traveling at a speed of ca. 25,000 km/h, space debris impacts can cause exorbitant damages to spacecrafts or satellites.

As of today, there’s not a sustainable solution for the removal of space debris. That’s why it’s vital to proactively prevent any collision with it beforehand.

Although we can’t control natural meteoroids, Astrocast has put some sustainable measures in place for minimising the production of man-made space debris.

The LEO is getting busier and busier, with over 11,000 satellites being launched since Sputnik.

A more chaotic cosmic traffic means a higher chance of astral crashes and therefore a larger production of space debris.

With the aim of making future space missions sustainable, the World Economic Forum along with other international partners introduced a space sustainability rating (SSR). From early 2022, this will score spacecrafts and satellites operators based on measures taken to avoid collisions, satellites de-orbiting plans and other space debris mitigation techniques.

Placing ourselves ahead of the sustainable stars rush, we’ve already implemented three major tactics to make our satellites debris-proof.

To counter this, we qualify our satellites to withstand launch and space conditions before thrusting them into the sky. This includes vibration tests but also thermal vacuum cycling to verify that nothing is fragile and can break in space. On top of that, we also glue our screws after mounting them to add an extra level of safety.

By doing so, we can trust the integrity of our devices and minimize the risk to contaminate the cosmos with fragments.

After sending a satellite into orbit, you need to keep track of it. If you don’t, it may collide with other active (satellites) or non-active (debris) objects, thus generating space debris.

To minimise the risk of collisions, we work closely with the 18th Space Control Squadron. This US entity tracks objects floating around the LEO and detects when two of them come too close to one another. This is what they call a conjunction and when it happens triggers the issue of a conjunction data message (CDM).

A CDM contains important information such as:

The POC will define how critical a CDM is. In general, if the POC is higher than 10-4, a satellite operator should consider it as high risk. Astrocast also uses this convention, but when the POC is already equal to 10-5 the conjunction is flagged to “to be observed”. This then triggers the necessary screening workflow.  In addition, we share local data with a company providing conjunctions assessment capabilities. They’ll refine the CDM parameters and give us a more accurate POC and miss distance estimations.

Once received a CDM, we monitor the evolution of the conjunction and perform a mitigation action if its risk remains stable or increases over time. Based on the type of object our satellites get close to, we’ll follow two scenarios:

Our on-board propulsion system is the key feat to actively control our satellites and perform collision avoidance maneuvers.

With 10 nanosatellites currently in orbit, we’re planning to expand our constellation to up to 100 units by 2024. As a result, the number of CDMs will rise exponentially, thus increasing the workload and amount of time dedicated to collision avoidance operations.

So, to safely manage this information overload, we’re developing smarter communication and data-sharing systems to increase the degree of automation of our monitoring and decision-making process.

According to the European Space Agency (ESA) guidelines, an operator should dispose of a satellite within 25 years from the end of its mission.

To do this, there are two options. Either move the satellite to a graveyard orbit or bring it back to Earth so it is destroyed in the atmosphere.

We can safely de-orbit a satellite through one of the following two routes:

The choice of the optimal re-entry strategy will depend on the satellite altitude and exposed area. For instance, lower altitudes and larger exposed areas will result in a stronger drag.

At Astrocast, we successfully performed re-entry analyses to ensure our satellites could get back home within the recommended time limit. And we’re now leveraging this expertise to do the same for our next-generation satellites. As part of these tests, we’re also assessing the satellites’ optimal exposed area. This would be a trade-off between the highest area and the Attitude Determination and Control System (ADCS) capabilities of the satellite.

With the LEO potentially hosting 100,000 satellites by 2030, the debris problem could reach an astronomical scale.

By pursuing the abovementioned strategies, we’ll avert the production of new debris, thus preserving the sustainability of space missions.

At Astrocast, we’re ready to sustainably aim for the stars. 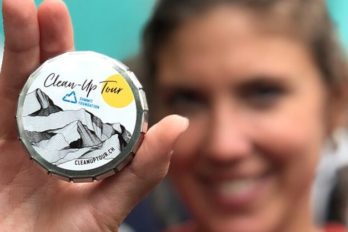 Every year, the Astrocast team gathers for a day, to help make the world a better place. A strong team… 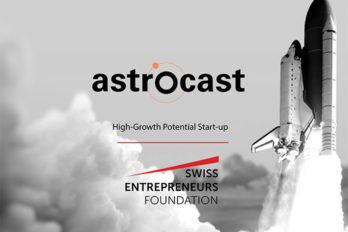 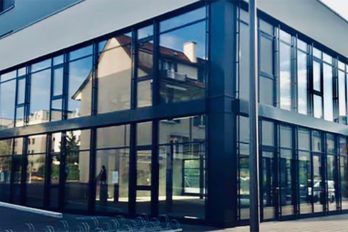 New meeting room “The end-user of Astrocast satellites is Astrocast itself. Developing and operating our own constellation and terminals makes… 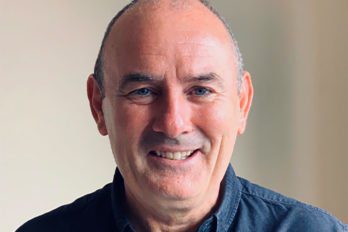 “I am delighted to be joining Astrocast at this very exciting stage of development. Using the latest nanosatellite technology, we…

The World Satellite Business Week is the annual rendez-vous the unique executive meeting place for the leaders of the global satellite communications and information business. Fabien Jordan, CEO Astrocast, will participate at the panel session “The rise of IoT”, on December 15, 2021.