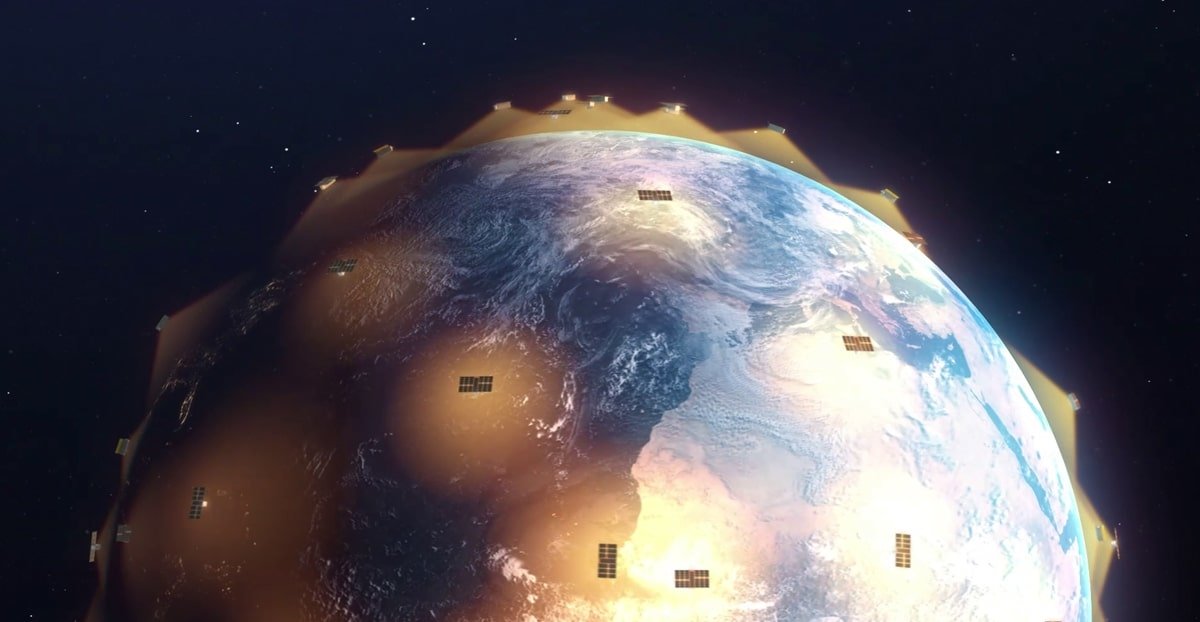 Astrocast, a leading Swiss IoT focused nanosatellite company, is considering a listing on Euronext Growth to accelerate the deployment of its satellite constellation.

LAUSANNE, Switzerland – June 23, 2021 – Astrocast is one of the leading emerging satellite operators in Europe, founded in 2014 in Switzerland. The company’s global Satellite IoT network allows customers to expand their Internet of Things (IoT) strategy to remote regions of the world.

The company which benefits from the financial backing of leading corporate and venture capital funds including US based Adit Ventures, Airbus Ventures, Swiss family offices as well as the European Space Agency, has appointed European investment bank Bryan, Garnier & Co as global coordinator for the transaction.

The company is evaluating with its advisors a potential direct listing of 30 percent to 40 percent of its shares, pursuant to a private placement of newly issued shares extended to qualified international institutional investors, as well as strategic corporate investors, in what would be the first listing of an IoT dedicated satellite constellation. The listing could occur as soon as Q3 of this year.

“Astrocast is recognised as one of the pioneers, and one of the most advanced companies in the world tackling the issue of low-cost global connectivity for the IoT, which is the roadblock for a massive expansion of the market. A listing on a European stock market would represent a major step for the company as we are now accelerating the deployment of our constellation.”

Astrocast has developed a complete end-to-end communication solution for the IoT market, including satellites, communications platform, and modules (receivers). The satellites operate in the L-band spectrum, they can provide two-way communication and the terminals are designed with a favourable form factor as well as utilizing smaller antennas. The IoT modules and antennas are smaller than any other existing providers in the market, with less power consumption, opening for a whole new set of use cases such as environmental, maritime, logistics and agricultural applications.

“After seven years of intensive technology developments and validations, with the support of  strategic partners including Airbus Space & Defence, UAE satellite operator Thuraya, and CEA LETI – one of the world’s leading technology research institute, we are now bringing to the market a full IoT connectivity at a cost consistent with the existing IoT terrestrial solutions.”

Astrocast’s global service currently consists of seven operational satellites with additional five satellites to be launched by SpaceX by end of June 2021. Proceeds from the private placement will help funding the expansion of this network to a total of 100 satellites in orbit by end 2024.

The market for communication services related to the IoT sensor market is already large and rapidly growing, including maritime industries, natural resources, renewable energy and the environment, and in remote areas operations. As digitalisation and sensors connected to the internet are part of most solutions for optimizing sustainability for most businesses all over the world, cost effective communication connectivity is crucial.

After a successful pilot phase last year, Astrocast launched its commercial operations in May of this year. Two months later, the company is rolling out its first 20 customers, spread over three continents, and filling up its sales order book at rapid pace.

Current cellular systems cover roughly only 10 percent of the world’s surface area and LPWANs cover only a fraction of this. IoT coverage therefore depends on active support of satellite networks. More than 5 billion IoT connected devices are expected by 2025, and a rapidly growing part of these needs to be connected by satellite. Through its Nanosatellite IoT Network, Astrocast enables companies to track, measure, manage, communicate and control IoT assets from the world’s most remote regions.

As part of its plans to grow and invest in additional satellite communication capacity and also become a publicly traded company, two new board members have been nominated for election at a general meeting to be held in June. The two are Jon Cholak and Jan Eyvin Wang.

Jon Cholak is Co-Founder and Managing Director of Adit Genesis, Adit Ventures’ early-stage investment vehicle. Adit Genesis’ goal is to find world-class early-stage companies that will shape the next generation of technology innovation and development.  Genesis invests in Seed, Series A and Series B stage companies across a variety of sectors. Its track record includes early stage investments in global brands such as Klarna, Airbnb, Spotify, and SpaceX.

Jan Eyvin Wang is a former CEO of Wilh. Wilhelmsen ASA, one of Norway’s largest shipping companies. He is currently non-executive director in several of the companies in the New Energy Division in the Wilhelmsen group as well as CrayoNano, a next generation semiconductor company.

Astrocast SA is the most advanced global Nanosatellite IoT Network to tackle challenges in industries such as Agriculture & Livestock, Oil, Gas & Mining, Maritime, Environmental, Connected Vehicles, and IoT Devices. The Astrocast Network enables companies to monitor, track, assess, and communicate with critical remote assets from anywhere in the world. In partnership with Airbus, CEA/LETI, the European Space Agency, and Thuraya, Astrocast developed Astronode S, a cutting-edge terminal featuring low profile L-band antenna, ultra-low power consumption, and a small form factor. Founded in 2014 by a renowned team of experts, Astrocast designs, builds, and tests all of its products in-house, from the satellites to the terminals. The Astrocast Network will consist of 100 Low Earth Orbit (LEO) nanosatellites. Astrocast pilot customers include Actia, Marine Instruments and Wildlife Computers. For more information visit www.astrocast.com

Astrocast and Telefónica collaborate on IoT

We are thrilled to announce today that Wayra Germany brings Astrocast and Telefónica together for an IoT product collaboration in...

Astrocast and iWire sign a partnership for the development of an IoT end-to-end solution in the asset tracking area using Sigfox a...

Join our newsletter to stay up to date with Astrocast

We use cookies for the purposes described below. Click on the different category headings to find out more and change our default settings. Blocking some types of cookies may impair your experience of the site and our services. More information on our Cookie Policy.
Necessary Always Enabled
Necessary cookies are absolutely essential for the website to function properly and cannot be switched off in our systems. This category only includes cookies that ensures basic functionalities and security features of the website. These cookies do not store any personal data.
Functional
Functional cookies enable the website to provide enhanced functionality and personalisation. They may be set by us or by third party providers whose services we have added to our pages, such as to enable our forms to operate with Microsoft Dynamics to improve our customer service. If you do not allow these cookies then some or all of these services may not function properly.
Performance
Performance cookies allow us to count visits and traffic sources so we can measure and improve the performance of our site. They help us to know which pages are the most and least popular and see how visitors move around the site. All information collected by these cookies is aggregated and not attached to individual browsing behaviour. If you do not allow these cookies, we will not know when you have visited our site and will not be able to monitor its performance.
Advertisement
Targeting cookies may be set through our site by our advertising partners. They may be used by those companies to build a profile of your interests and show you relevant adverts on other sites. They do not store personal information but are based on uniquely identifying your browser and internet device. If you do not allow these cookies, you will still receive advertising, but experience less targeted and relevant advertising. There are no adverts on this website.
SAVE & ACCEPT
Powered by